Valkyrie Elysium is a Japanese action RPG revealed on March 9th, 2022 in an announcement trailer from publisher Square Enix and developer Soleil.

According to a recently leaked listing on the PlayStation Store, Valkyrie Elysium will be released on September 29th, 2022 for PS4 and PS5. A new trailer confirms this and also reveals it will later come to PC (Steam) on November 11, 2022.

A new trailer will also premier on July 5th, 2022 at 7 pm CST. Please look forward to new set of impressions to be added to this page!

The franchise had typically been designed around a unique turn based combat system featuring combo attacks from party members, with only Valkyrie Profile: Covenant of the Plume deviating to a grid based tactical style as a spin-off in 2008.

Valkyrie Elysium does not appear to be a sequel or prequel to the past Valkyrie Profile games, but rather a new story that follows a different Valkyrie, and in what may be in a completely different universe.

Long ago, Ragnarok—the End Times—loomed upon the realms. The All-Father, with the last of his strength, created an emissary of redemption; her sole task the salvation of a doomed world. And thence began the tale of a new Valkyrie…

Unlike past entries of the Valkyrie Profile franchise, Valkyrie Elysium will not be developed by the Tri-Ace development studio familiar to fans. Instead, the task was assigned to developer Soleil. The Tri-Ace team is likely preoccupied with furthering work on Star Ocean: The Divine Force.

Past Works of Developer Soleil

Soleil is a Japanese game developer based in Minato, Tokyo, Japan and are new to the Valkyrie Profile franchise. In late 2021, Soleil’s parent company, Wake Up, was acquired by Tencent, the Chinese multinational technology and entertainment conglomerate.

Soleil has developed the following games:

In addition to Valkyrie Elysium, Soleil is also developing the following upcoming titles:

Valkyrie Elysium goes full blown hack-n-slash in this reveal trailer, with the player having only the Valkyrie — still unnamed — to control.

Enemies are extremely punishing throughout the trailer and it seemed like the developer was highlighting Valkyrie Elysium’s difficulty level in this reveal. The Valkyrie can be grabbed even by smaller creatures and it appears that dodging and an apparent parry mechanic will play an integral role in combat.

While this action represents a vast departure from previous Valkyrie Profile games, some aspects of the new system do seem similar in spirit.

For example, the Valkyrie is seen recruiting a soldier to her cause, similar to recruiting einherjar (souls of fallen soldiers) in Valkyrie Profile and Valkyrie Profile 2. The combat also shows how the player can call upon the soldier in combat with a kind of tag-in fighter mechanic. It’s easy to see how this could create a highly adaptive combo system as more einherjar are recruited and mapped to other buttons. Once again, this is likely a callback to the combo based systems of past games.

Other familiar elements to the Valkyire Profile franchise is Valkyrie Elysium’s presence of platforming and using elemental powers to traverse the environment. Unlike the use of ice in past games, this new Valkyrie seems fond of lightning, using it to grapple to ledges as well as enemies. 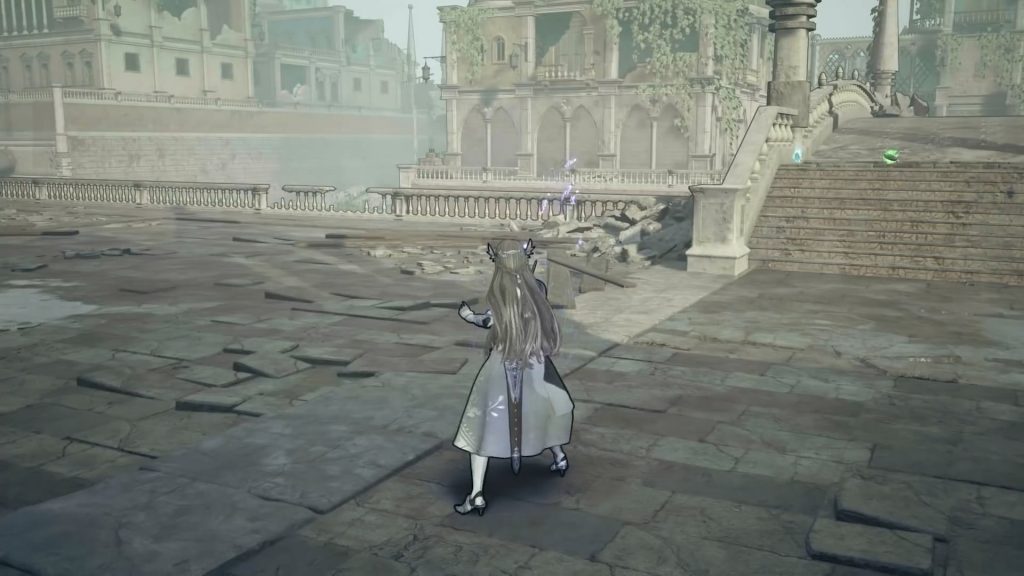 Finally, a strong anchor to the past comes in the form Motoi Sakuraba, a renowned musical talent and composer of the original games.

Overall and from the first trailer alone, Valkyrie Elysium shows great potential for environments that reward creative exploration, reflex based combat that is punishing, and a combo system that will let you style on enemies. The voice acting sounded solid enough, and the music could very well be a highlight.

Is Valkyrie Elysium an RPG?

Valkyrie Elysium was officially announced as an RPG so it’s expected to see such features revealed over time. Currently, RPG elements aren’t really shown in this reveal trailer, with no damage numbers, menus, or stat sheets to be seen. However, it’s likely HUD elements were simply turned off for the purpose of this particular reveal.

How many party members can be mapped to actions, the variety of weapons, and whether the Valkyrie can be leveled up or built in different ways are all pertinent questions yet to be answered. 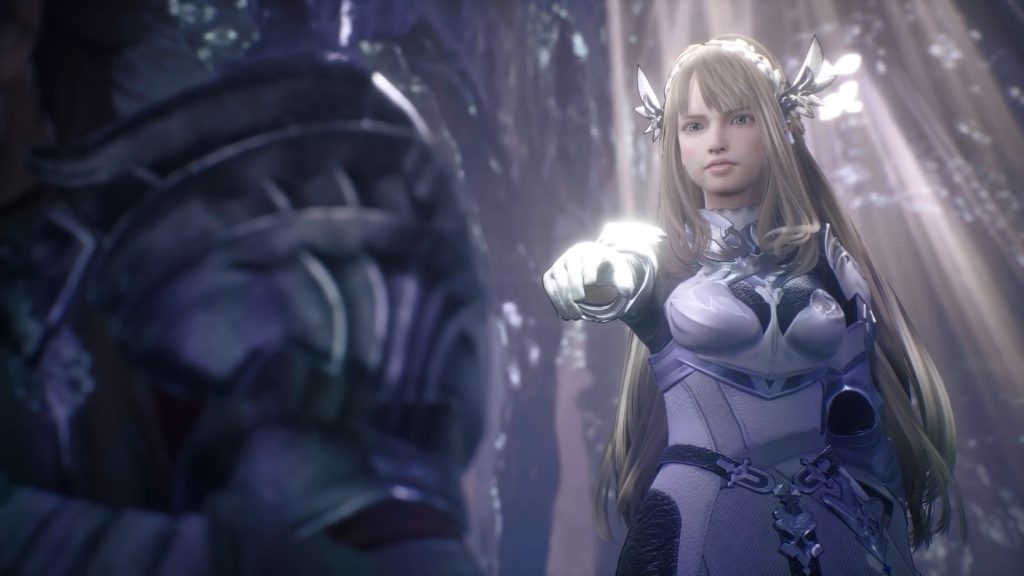 Initial impressions from fans online saw mixed reactions around the rendering of the Valkyrie’s face.

While Valkyrie Elysium’s announcement was met with much excitement from fans who long thought the series would never return, many onlookers were skeptical of the visuals shown in the trailer.

Enemy animations do seem stiff or even cheap, and the closeups on the Valkyrie’s facial expression reveal oddly realistic features in contrast to the almost cel-shaded cartoon styling of the game around her. This creates a kind of uncanny valley effect that has some fans feeling ambivalent to the overall production quality of Valkyrie Elysium.

While Valkyrie Elysium’s visuals don’t scream AAA production, it has some great looking stylistic choices going for it. The use of black lines around models create a nice cel-shaded look, and the ever present purple of the Valkyrie’s lightning based attacks offer a nice splash of color against the overall grey tones of the environments. The particle effects, especially, look dazzling.

According the the PlayStation Blog, Valkyrie Elysium will run at 4k resolution and 60 fps on the PS5.

While concerns about the uncanny valley effect aren’t unfounded in the shown Valkyrie’s face, the new protagonist is nonetheless a beautiful design that is both faithful to past Valkyries while being fresh all her own.

This Valkyrie sports a white battle dress with floral accents along the skirt, thigh high greaves, and crystals embedded upon her plated armor. She’s topped off with the iconic winged circlet and braided ashen blonde hair, a pale girl amidst a decidedly grey game world.

Before the trailer reveals the game logo, a man holds the Valkyrie by her face and he gently sets her down, with her blinking toward him as he lets go. This could be a scene early into the game when the Valkyrie is first summoned or created as an emissary by the All-Father.

Similar to past games, it’s possible that Valkyrie Elysium will follow a similar theme where the divine ordered Valkyrie grapples with her own personal agency as she interacts with the world below.

The Presence of Hrist in Valkyrie Elysium 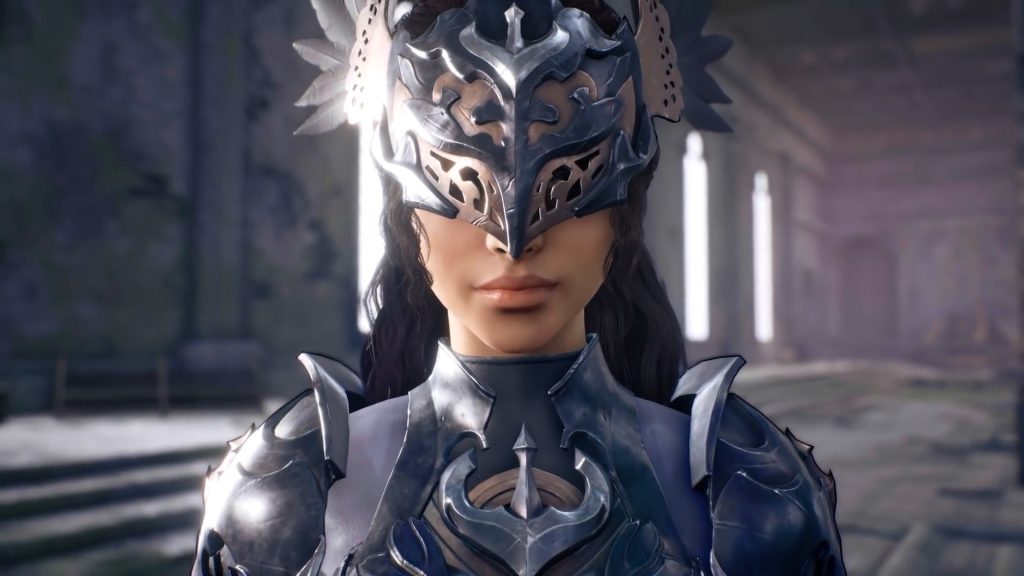 It might not be Hrist but they definitely teased the clear possibility.

Finally, another Valkyrie makes an appearance at the end of the trailer and she strongly evokes the look of one of the original sisters of the past games: Valkyrie Hrist.

Nothing is official yet, but the similarities to Hrist are clear: Darker armor, a visored helmet erect with feathers, and her weapon, a halberd poleaxe.  Whether this is the same Valkyrie Hrist of past games or a complete reimagining of the character is yet to be concluded.

Whatever the case, this dark Valkyrie appears to have a tenuous relationship to the main character.

See the 2022 JRPG release calendar for other upcoming games.