Wanting a piece of Pyra in Xenoblade Chronicles 2

Once I got over the shift in art style and questionable voice acting, my lasting impression of the new footage for Xenoblade Chronicles 2 was Pyra’s chest. I close my eyes even now and it’s just there, in front of me. Sweet lord.

Her innocent look is partly the reason for my incredulity. As if Pyra doesn’t know what she looks like. But in fairness that is a possibility. Pyra is a ‘Blade’ in Xenoblade Chronicles 2, meaning she is a synthetic being created from magical crystals. So far, we know the Indoline Praetorium people practice the creation of such beings.  They also worship the Titans, massive creatures whose backs act as the land masses others live upon.

It could be this civilization worships massive breasts as well, and so Pyra’s design makes sense.

That’s about as much reason I can muster for explaining Pyra in the context of lore. However, her actual illustrator provides a more believable background. Looking at Masatsugu Saitō and his resume, an adoration of futuristic fighting girls can be seen.

Primarily, his design of Angela Balzac in the anime movie, Rakuen Tsuiho: Expelled from Paradise. A youthful face, a perfect chest, a skin tight leotard that is plated and decorated in green LED lighting. Seem familiar? 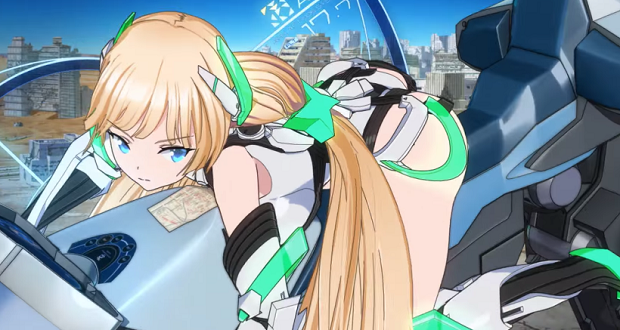 Pyra’s costume goes a step further though. Yes, there’s a tight rubber meshed chest piece, her body plated tastefully and lined with green LED vectors that crisscross in the shape of the iconic Xenoblade ‘X.’ Red haired, red eyed, and red armored, her affinity for the fire element is made abundantly clear. Ass tight shorts do little to hide anything, and two suspenders dangle at her side for no purpose other than to squeeze her midsection with its high waisted straps.

Is the design of Pyra a form of objectification?

Yes, Prya is objectified. In fact, she is a literal object of sorts in Xenoblade Chronicles 2, so the concept works well. Pyra is a Blade. She is meant to be equipped and used in battle, which is interesting in terms of gameplay and sort of hot metaphorically. Rex can summon her and other Blades collected throughout the adventure to perform powerful synergy attacks, gain passive boosts to his stats, and augment himself with their elements. She’s a cheerleader in battle who whips out fireballs instead of pom-poms.

But who is Pyra? Is she playable?

Important clarification: Pyra is not the actual weapon, she simply allows Rex to use the manifestation of her blade. She herself is a character on the sidelines, and unfortunately not playable. She is however, an important piece to the story of Xenoblade Chronicles 2.

Pyra is on a quest to get to Elysium at the top of the world tree, her motives still mysterious to us and the main protagonist Rex. He accepts the challenge and they set off on a serious plot line. It’s hard to watch that initial exchange of dialogue during the trailer, though. Personally, I wanted to pull Rex aside to just be sure me and him were on the same page. By that I mean asking the kid how he isn’t in constant sensory overload with what we’re all seeing.

There are more girls like Pyra in Xenoblade Chronicles 2 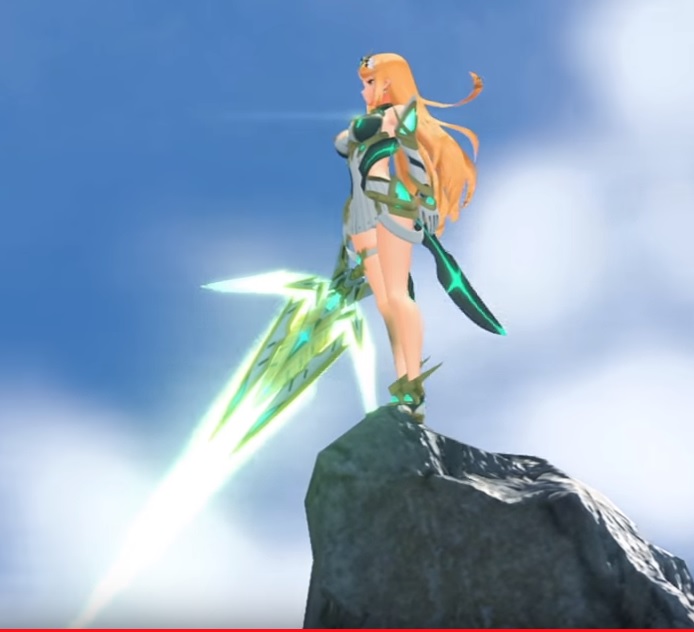 Based on the similar design, she is also a Blade. But is she a friend or foe? We won’t have an answer until later this year. Heads up: I plan on updating this article on all things Pyra the more I learn about her and similar characters. I’m sort of into this chick I guess.

The Pyra fan art is ramping up

Girls in mecha or futuristic settings have a history of looking absurdly hot. As an example, Neon Genesis Evangelion created the largest tidal wave of fanart and following for girls in plug suits, and we are seeing a similar Japanese design with Pyra have this intended effect.

Pyra isn’t even the main character of Xenoblade 2, yet trailers and marketing efforts for the Switch RPG has the protagonist Rex left behind in her sweet-smelling dust. If anything, Rex seems like a self-insert type of character in order for players to feel closer to Pyra.

That’s fine by me and many other as well, given the amount of Pyra fan art I’ve seen so far. Of course, I can’t share it all without feeling like total trash, but some examples below show the result of her popularity: 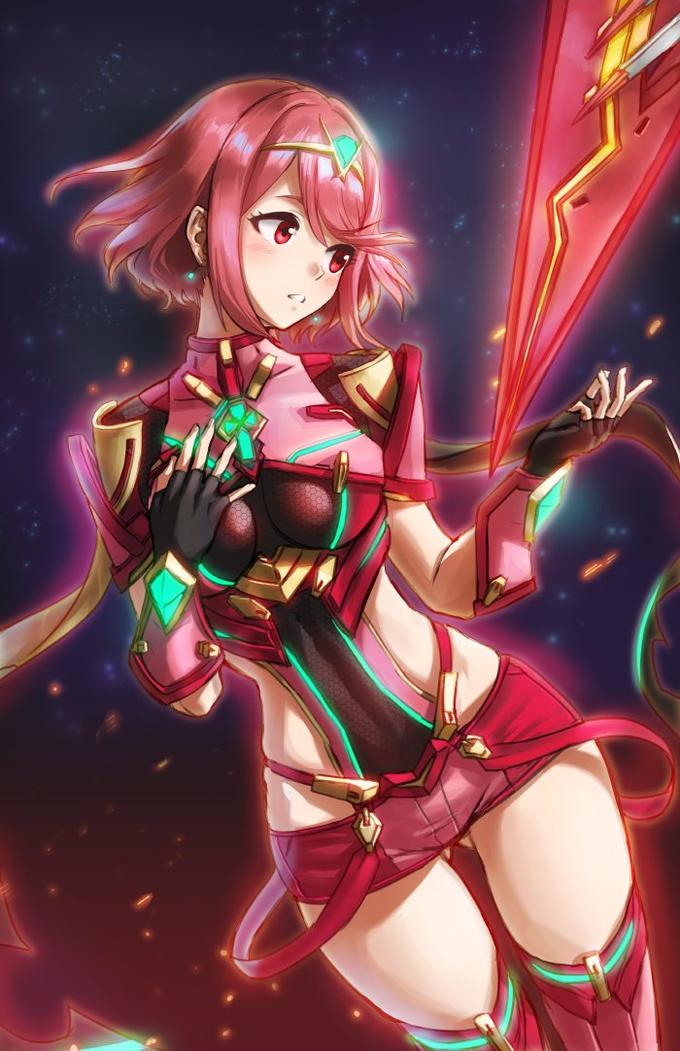 Will Pyra or Xenoblade Chronicles 2 be censored?

Given that the infamous team ‘Treehouse’ is behind Xenoblade Chronicles 2’s localization, a concern for censorship might be warranted.

Treehouse got flak from western gamers when the Fire Emblem Fates games were essentially stripped of entire game modes due to sexual forwardness and innuendo. Pyra and her costume alone might drive the Treehouse team to do something similar with Xenoblade Chronicles 2, but it seems unlikely to me. Especially this late in the development stage, a major change to a central character would be PR suicide.

Some find the design of Pyra in poor taste

Well she is going to be everywhere in this game, so it might not be for you.

Look, at the end of the day Pyra is part of Xenoblade Chronicles 2, and she looks how she looks. She’s going to be channeling fire based enhancements to Rex at the foreground of the battle screen, completely for the player’s enjoyment, and that’s that. Her hotness is intended, and by Rex’s example it can be completely ignored if you’re as zen as he is. Seriously, does the dude not see?

is an RPG due out on the Nintendo Switch on December 1.

Play alongside the Icicle Disaster JRPG Podcast when the game releases, and explore other Japanese RPGs as well!