Through the Eyes of Oerba dia Vanille

Final Fantasy XIII is a corny game. The kind of corny that makes you go “yikes..” and reach for the volume. That is mostly the fault of Vanille, the wild and multi-accented girl from Gran Pulse. She grunts, giggles and moans so incessantly that others in a nearby room might get the wrong idea. 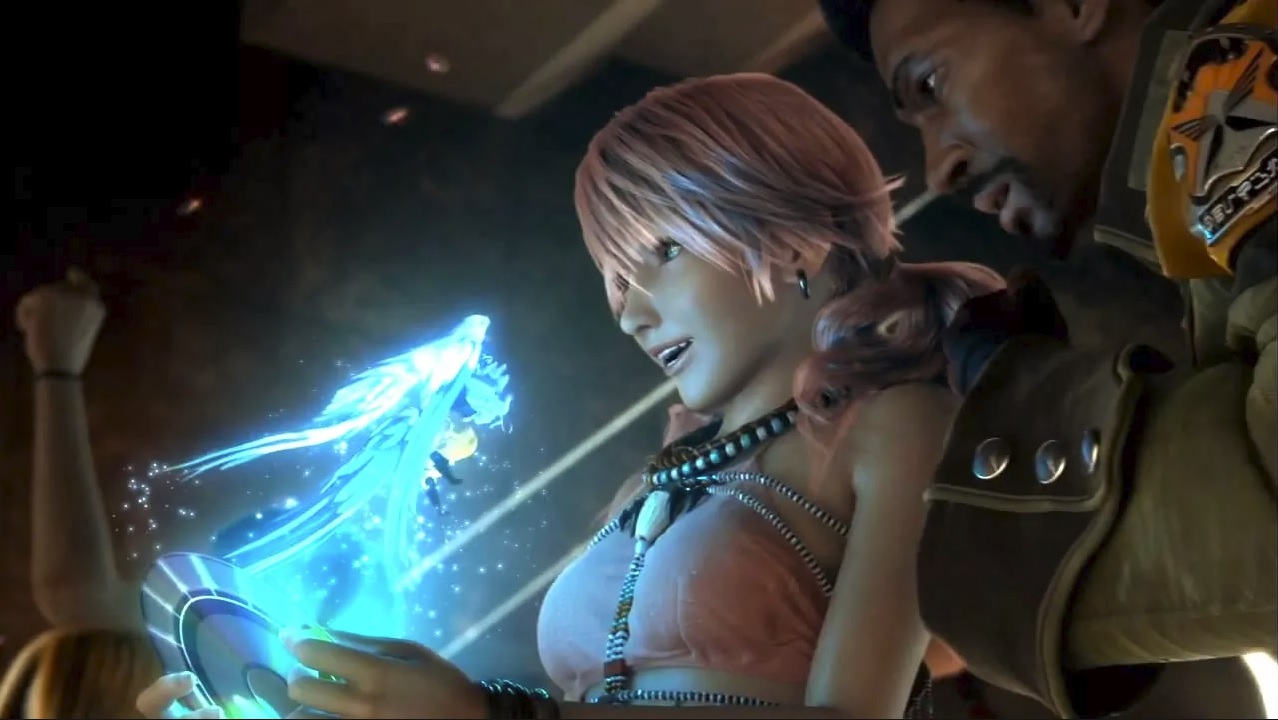 The Japanese voice of Vanille doesn’t make much difference. Her noises and mannerisms are as intentional as can be. A natural high that doesn’t come down, the girl in the beads and furs prances and exerts herself as if cotton candy is around every turn of Final Fantasy XIII’s many corridors. 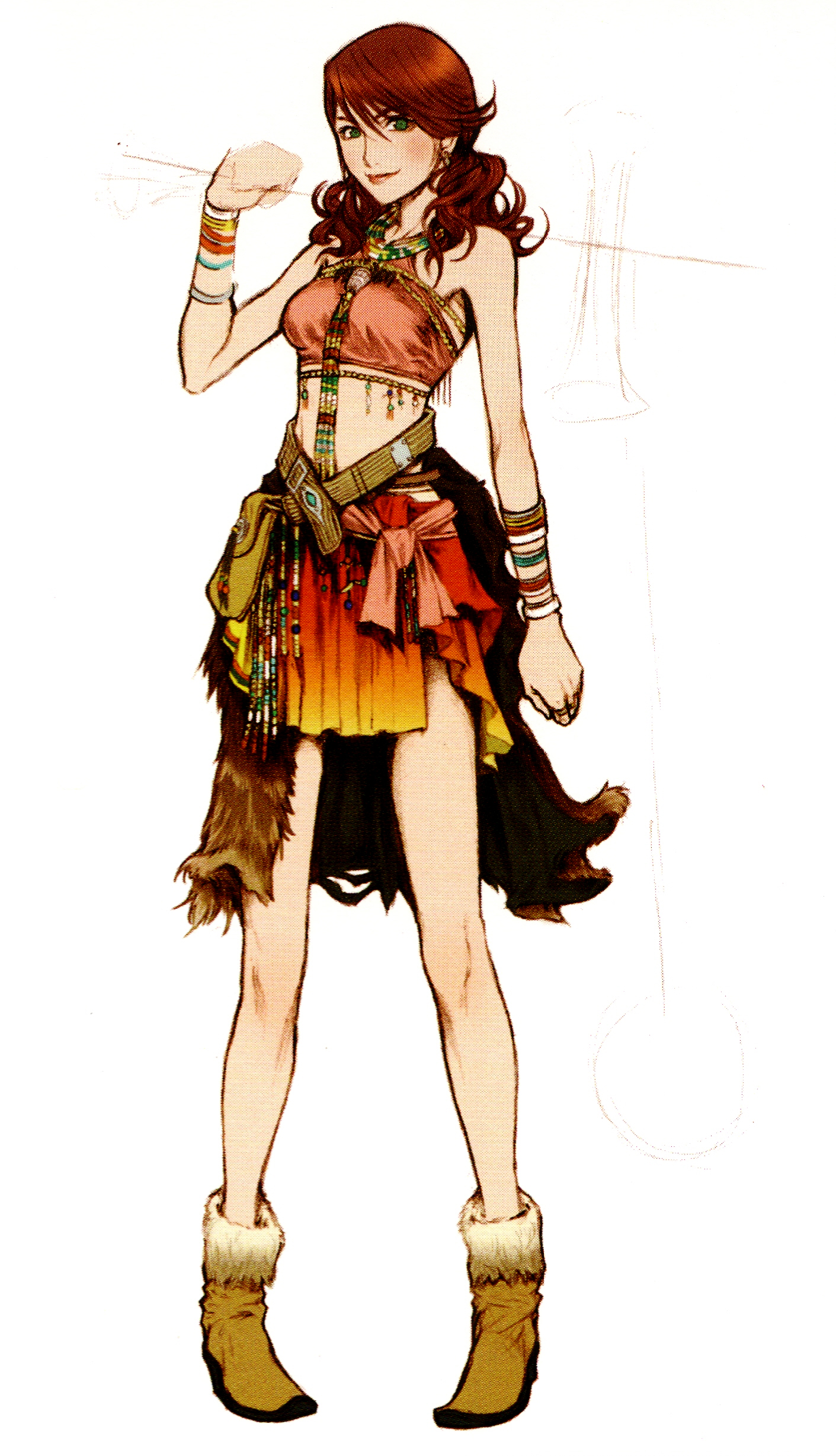 More than suggestive, Vanille and her carefree optimism are also annoying. Because for the rest of the characters there is no positive angle. The l’Cie brand is real. The fate is inescapable. The mission is futile. There are no alternatives other than to charge ahead with rage (Lightning and Hope), or to shout naive possibilities into the sky (Snow).

The only realist left, Sazh, ironically finds himself tethered to the boundless pigtailed motivator. With no false hope left in his body, he is tired of it all. In a junkyard the two sift through random encounters, and scenes here show Sazh scratching his head and with eyes toward the ground.

One gets the sense that a lame side arc that teaches healthy optimism to the old man is on the way. But when the two lie down among the twisted metal scraps of Pulse armaments to get some sleep, it is Vanille who suffers from nightmares.

Final Fantasy XIII splits the party early into these pairings to study its characters. The climax of their inner struggles are then personified through the Eidolon summons. ‘Confront your sins or die’, their appearances seem to say. Vanille and her nightmares are the first sign of an unwell subconscious, and of the festering Eidolon within.

What is Vanille guilty of? A l’Cie from Pulse, she not only took part in an apocalyptic event during the war with Cocoon, but her awakening from crystal stasis afterward also caused further devastation by mere proxy. Her presence in Cocoon triggers the branding of Lightning’s sister, Serah, as well as Sazh’s son, Dajh, dooming them both.

Although her intent was not malicious, Vanille blames herself as the primary trigger of events. The purge of Cocoon’s civilians and the branding of innocents are on her conscious, but she’s never had to face them until Sazh reveals he is the father of Dajh, the boy she branded. 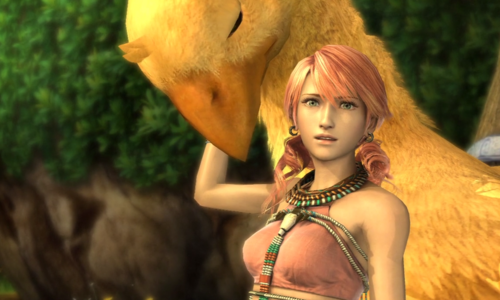 Vanille uses willful ignorance and misdirection as her first line of defense. Upon witnessing the death of Hope’s mother in the opening chapters, she instills reluctance. “Face it later,” she tells the vengeful youth. This creates an unhealthy brooding within Hope that takes its own dark path later in the game.

With Sazh she also insists on avoiding confrontation. Problems are ahead, so let’s “run the other way,” she tells him. But Sazh subverts this as he becomes the living proof of her sin. In the colorful Sunleth Waterscape and on their way to a ‘city of dreams’, Sazh begins to eye his own handguns with dark intent. Vanille is no longer dreaming of guilt, but experiencing it vividly.

The scenarios in the amusement park city of Nautilus provide raw emotional storytelling. In a park of chocobos and parades, Vanille somehow takes the game far away from its corny territory. Sazh is done with running and Vanille has no control over the situation. The secret comes out, and she breaks.

A panicked run and face full of tears, Vanille comes to a dead end. She sees in the throne of an amusement park attraction the image of Sazh. He lays judgement onto her. All her insecurities and anxieties are eviscerated, and she cannot take it. She accepts death as her punishment from the hallucination, and her consciousness grants it with its bullets. 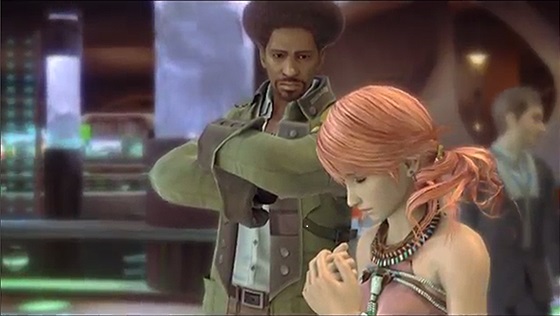 But then the real Sazh catches up from behind. But as he points the gun at the girl who ruined his and his son’s lives, his stoicism remains. “You think you die, and that’s that, hm!? You think you die an’ everything’ll be sugar and rainbows!?” It’s a powerful delivery from a tortured father, and now neither character can seem to bare the world.

The music peaks and an ominous being bares down on the pair of characters, born from within Sazh. The Eidolon deals in death, but it is no grim reaper. It offers the choice, and the two characters face it fiercely as they finally have something tangible to overcome.

Sazh’s eidolon summon is the best part of Final Fantasy XIII partly for this reason. It transforms the sin of Vanille into her want for salvation. And she will bear this new motivation for the rest of the journey, culminating its power at the very end.

No One Left to Lie to

To get to this point, however, Vanille has a second confrontation. As it turns out, her bad habits have not been fully exorcised. The last lie she keeps is from Fang. Vanille’s best friend was responsible for becoming Ragnarok in the old war and that produced devastation, but forgot the event upon waking from stasis. Vanille claims another’s sin as her own.

But Fang becomes privy to Vanille’s tendencies, and gets to the truth by accusing Vanille off a hunch. With no lies left to tell, Vanille’s Eidolon is finally unleashed from the smoldering brand on her upper thigh. Tears are shed and apologies are accepted. More importantly, the bond between Fang and Vanille is strongly cemented.

Fang is fiercely loyal to Vanille, perhaps even in love with her (a fan’s wishful thinking). She’d “tear down the sky” for Vanille, she claims, and quite literally tries just that in her second transformation into Ragnarok during the final fight. The two are inseparable.

Indeed, the love Fang shares with Vanille is her primary motivation throughout Final Fantasy XIII. Fang shows no hesitation in betraying gods or her own party members to guarantee Vanille’s safety. Vanille, scrubbed clean with the forgiveness from others, is on a different mission: to save Cocoon from what her and Fang started.

The other party members all have more grounded purposes to fulfill. Serah keeps Snow and Lightning tethered to reality. Dajh gives Sazh something to strive toward. Hope’s newfound strength and renewed relationship with his father.

With the village of Oerba barren and destroyed on Pulse, however, Fang and Vanille only have each other. Combining love and redemption, they clasp hands and turn to crystal once more, but this time as a pillar to cradle the world in safety. Fang has Vanille, and Vanille has her peace. They deliver salvation to the human race and free it from the gods.

In this sense, Vanille is almost like a reverse and much sexier Jesus. She doesn’t save the world by burdening herself in sin. She doesn’t deal down almighty forgiveness to others. Instead mankind forgives her. And Fang is there to embrace Vanille and all her mistakes in final stasis. 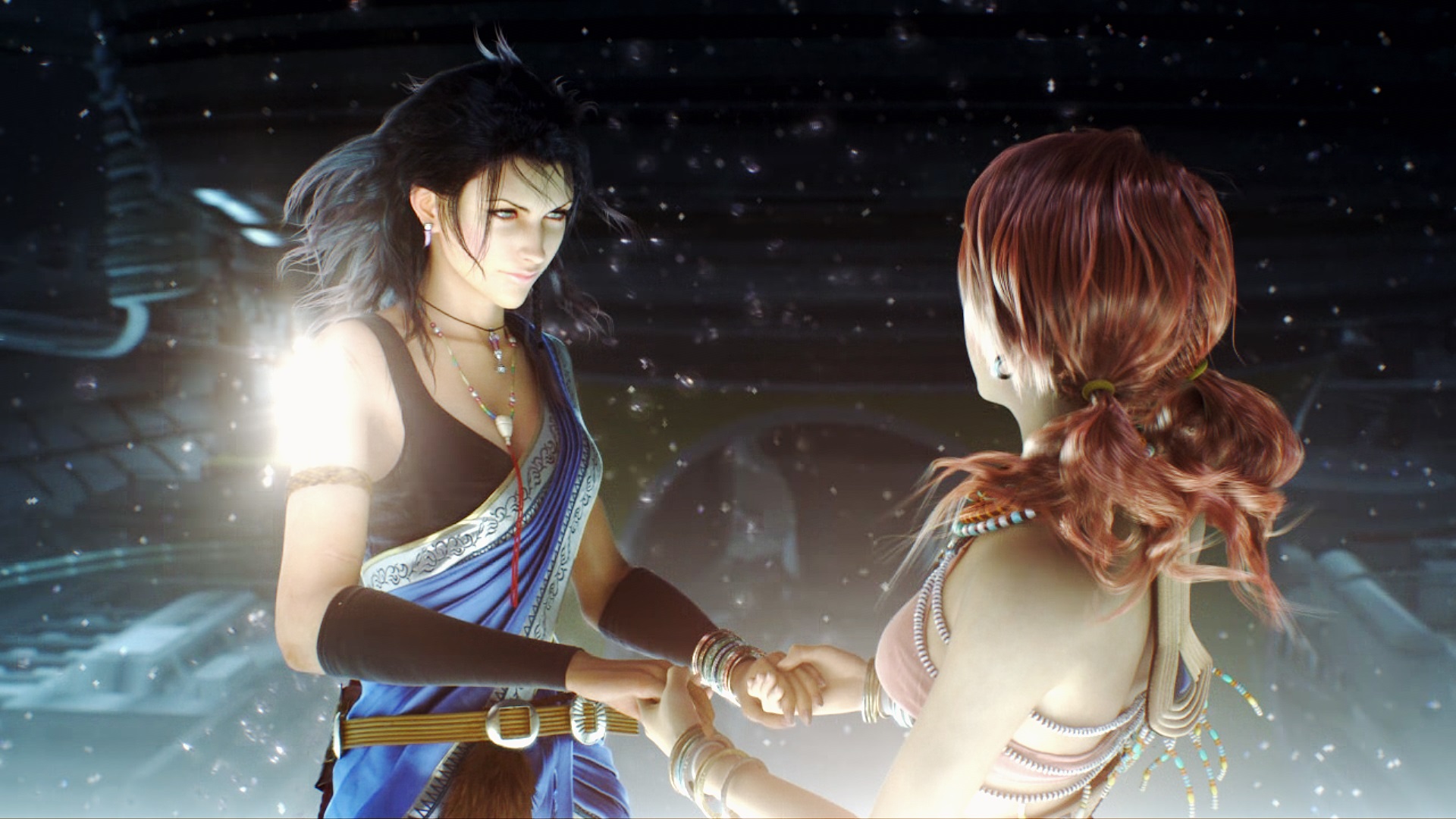 How Final Fantasy XIII ends is partly ‘powers that be’ nonsense, assuredly. Symbolically, however, it is a beautiful ending. Motomu Toriyama, the director of Final Fantasy XIII, displays a similar fondness of the human spirit and simultaneous disdain for religious motivations in Final Fantasy X. In both games, the party flatly refuses the rules of god when it comes between themselves and humanity.

While there is no traditional main character in Toriyama’s Final Fantasy XIII, he aptly chose to use Vanille as his narrator. She carries the player from chapter to chapter with morals and inner monologue. From fear, doubt, and anxiety, Vanille brings the player to a final clear and crystal conscious. Sexual moaning and all.